A visit by Carry Nation

Residents of the town of Medicine Lodge, Kansas, site of the Carry Nation Home Museum, recently approved a measure allowing Sunday liquor sales for the first time since Prohibition. Nation, the famous vandal-Prohibitionist, lived at Medicine Lodge for about 10 years.

The Missourian carried an Associated Press report about the move on Dec. 5, tucking the story away on page 4A.

But on April 22, 1907, Nation made the front page of this newspaper, when she paid Cape Girardeau a visit and sat for an interview with an unnamed reporter. The hatchet-wielding Kansan was here to lecture to the public about temperance and her experiences in the "anti-saloon crusades."

The morning after her arrival, Nation purchased a bag of apples and, hoofing it back to her room at the St. Charles Hotel at Main and Themis streets, she followed a working man through the swinging doors of a saloon near the corner of Main and Broadway. The story says she began a "quiet denunciation of the proprietor" and lectured the workman on the evils of drink as he quaffed his beer.

You can read the whole story here, as well as an article about the talk she gave at the Baptist Church before a standing-room-only crowd: 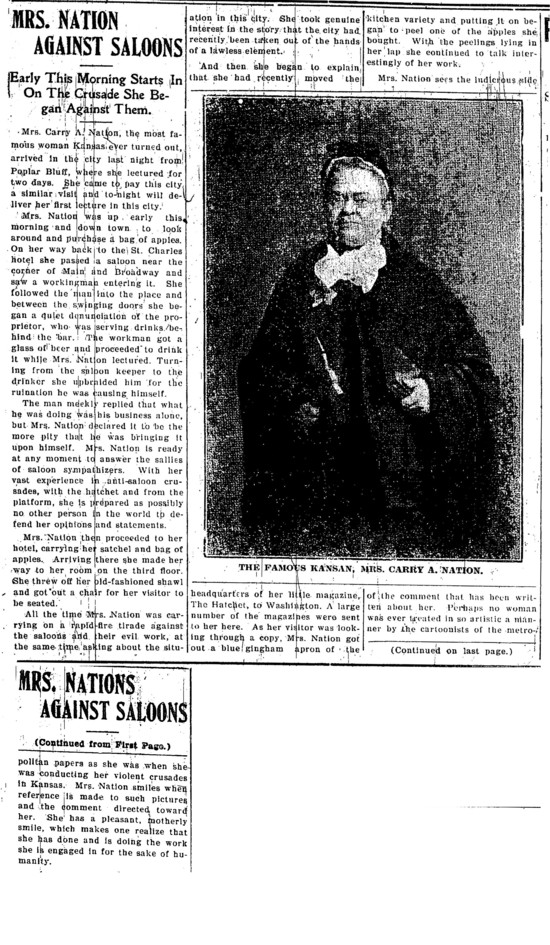 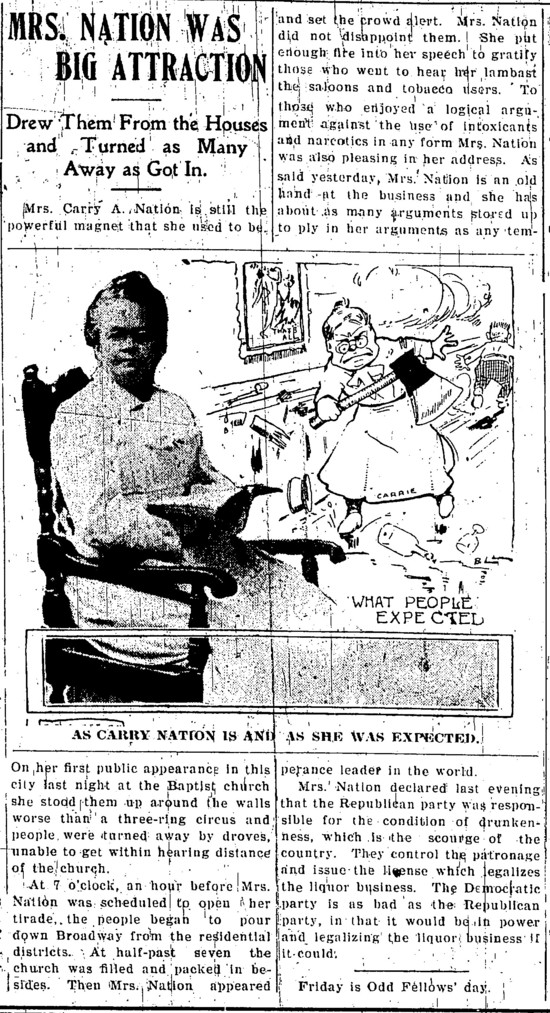 The City Directory for 1906, a year before Nation lectured here, shows that Cape Girardeau was home to 23 saloons:

And three breweries and beer agencies:

Nation, 65, died June 9, 1911, at Evergreen Sanitarium in Leavenworth, Kansas. Buried next to her mother in Belton, Mo., her gravestone bears the inscription: "Faithful to the cause of Prohibition. 'She hath done what she could.'"