A house practically in the Missourian's backyard is being renovated.

Workers this summer have toiled to remake the house at the southwest corner of Themis and Fountain streets. It has stood vacant and unloved for a number of years. But the skill of these craftsmen is giving it new life.

Given the work being done there, I thought readers might be interested to see what the house looked like in the past. While I haven't found any photographs of this corner, I did run across an image on microfilm printed in 1959: 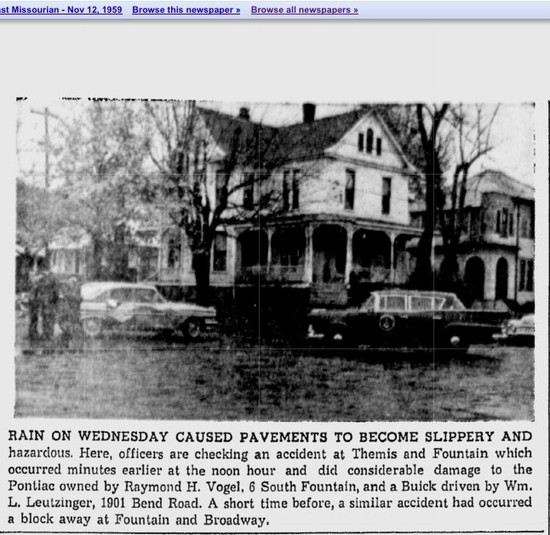 The house was built by Benjamin F. Davis between 1893 and 1900. Davis was an attorney and judge of the Common Pleas Court. A description of the property was published in the classified ads of the Southeast Missourian newspaper  in 1920: 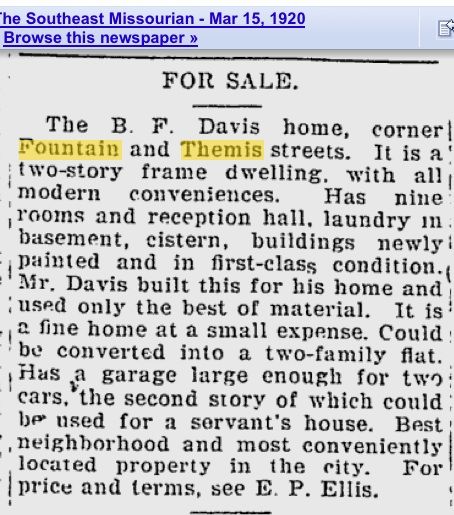 B.F. Davis drowned in 1918 and his widow, Olivia Waples Davis, sold the house to Sam Sherman in June 1920. Sherman retained the house until 1923, when it was purchased by Charles F. Blattner. The Blattner family apparently held on to the house until 1970, after which it went through a succession of owners.