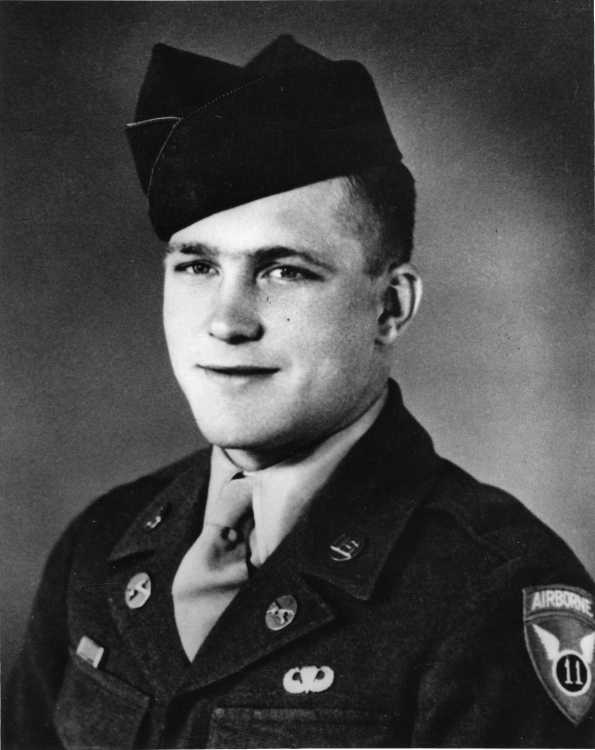 The U.S. Postal Service is tightening its belt in these tough economic times. It's looking at closing some of its distribution centers, including the facility at Cape Girardeau. The loss of this center would eliminate around 100 local jobs.

It will also eliminate local recognition of a hometown hero.

The distribution center in Cape Girardeau is named for Army Pfc. Richard Wilson, who, as a medic with the 187th Airborne Infantry Regiment, gave his life for a fellow soldier near Opari, Korea, on Oct. 21, 1950.

Here is the front page story that reported Wilson's death:

Seven months later, Wilson was awarded the Medal of Honor for "conspicuous gallantry and intrepidity above and beyond the call of duty." His widow, Mrs. Yvonna Lea Wilson, was presented the medal by Gen. Omar N. Bradley in a ceremony in Washington, D.C. His mother, Mrs. Alice Wilson, was also present when he was honored.

The Medal of Honor citation was published in the Missourian on Nov. 4, 1955:

"Pvt. Wilson, Medical Company, 187th Airborne Infantry Regiment, distinguished himself by conspicuous gallantry and intrepidity above and beyond the call of duty in action near Opari, Korea on 21 October, 1950. As a medical aid man attached to Company I, he accompanied the unit during a reconnaissance in force through hilly country near Opari. The main body of the company was passing through a narrow valley flanked on three sides by high hills when the enemy laid down a barrage of mortar, automatic weapons and small arms fire. The company suffered a large number of casualties from the intense hostile fire while fighting its way out of ambush. Pvt. Wilson proceeded at once to move among the wounded and administered aid to them oblivious of the danger to himself, constantly exposing himself to hostile fire. The company commander ordered a withdrawal as the enemy threatened to encircle and isolate the company. As his unit withdrew Pvt. Wilson assisted wounded men to safety and assured himself that none were left behind. After the company had pulled back he learned that a comrade previously thought dead had been seen to be moving and attempting to crawl to safety. Despite the protests of his comrades, unarmed and facing a merciless enemy, Pvt. Wilson returned to the dangerous position in search of his comrade. Two days later a patrol found him lying behind the man he returned to aid; he had been shot several times while trying to shield and administer aid to the wounded man. Pvt. Wilson's superb personal bravery, consummate courage and willing self-sacrifice for his comrades reflect untold glory upon himself and upholds the esteemed traditions of the Military Service."

Beginning around 2002, petitions were circulated asking that the postal distribution center in Cape Girardeau be named for Wilson. U.S. Senators Jim Talent and Kit Bond introduced a bill to that effect in April 2004, and in October of that year it became official.

The story about the dedication of the center reported that "several buildings around the country have been named for Wilson... But the postal facility is the first building in Cape Girardeau to be named for him."

It remains the only local building named for this hometown hero.