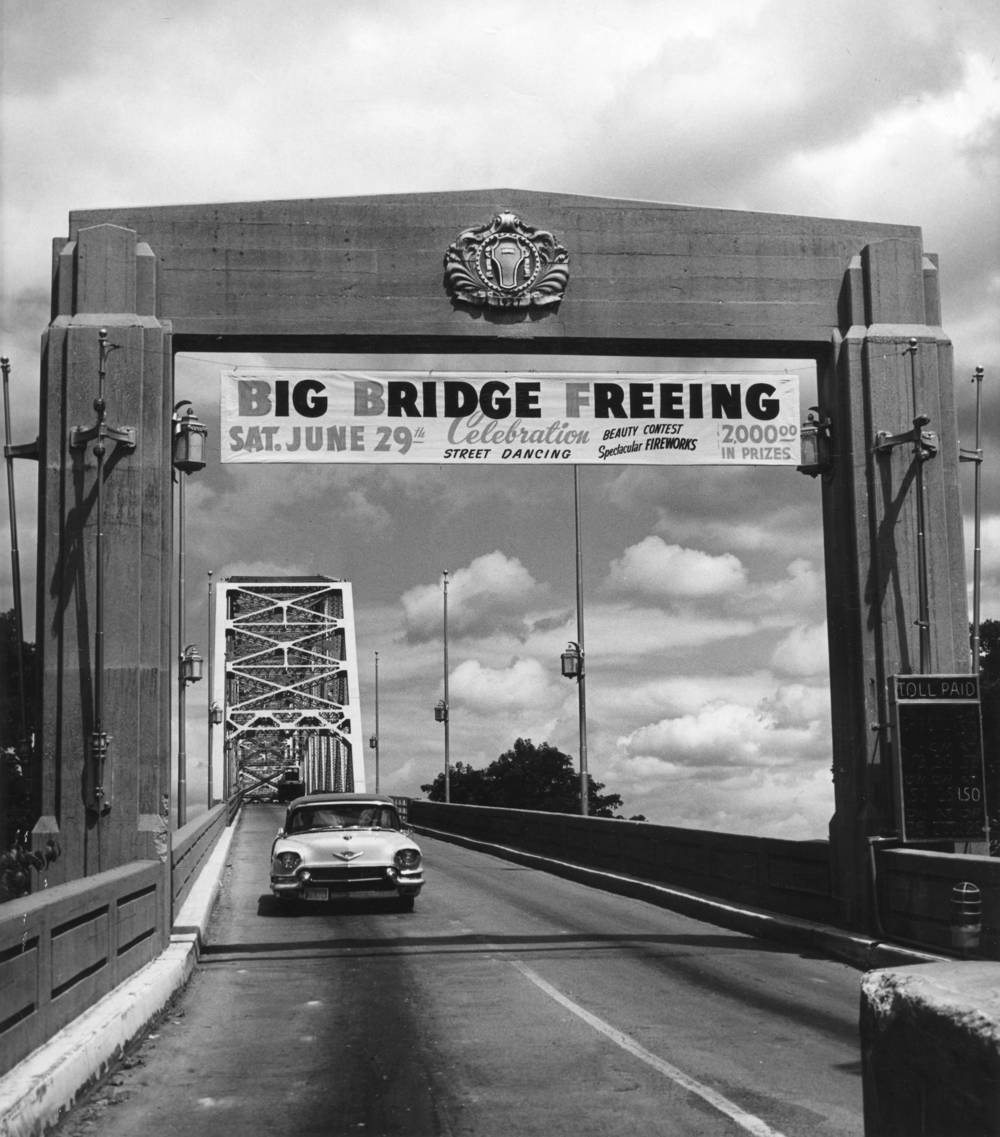 A token of things to come, the portals of the traffic bridge appear to extend a warm welcome in this very impressive picture. The sign calls attention to the celebration incident to the lifting of tolls on the 29-year-old span over the Mississippi River at Cape Girardeau. (G.D. Fronabarger photo) 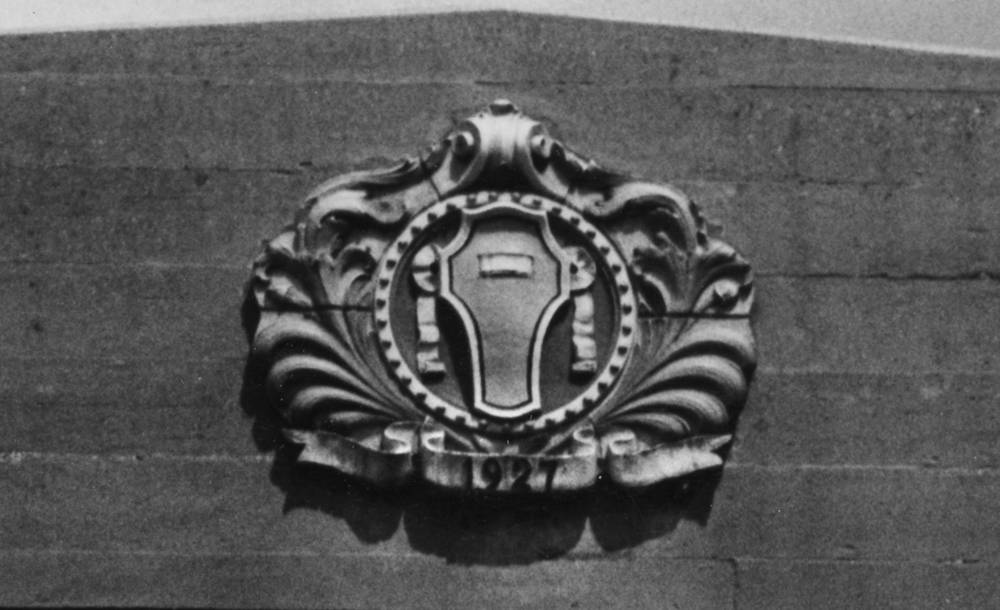 Fun and entertainment to suit the likes of folks of all ages from a hundred miles around in southeast Missouri and southern Illinois are expected to draw thousands to Cape Girardeau Saturday to celebrate lifting of tolls on the Mississippi River traffic bridge.

A few hours after the bridge becomes toll free Saturday morning at 5:30, the celebration will get into full swing. Dignitaries from the two neighbor states will register at the Marquette Hotel at 1.

At the same time 18 pretty girls from southeast Missouri and six beauties from across the river in Illinois will give beauty contest judges a time of it selecting "Miss Southeast Missouri" and "Miss Southern Illinois to be queens of their respective states and share the spotlight for the rest of the day.

A motorcade of a hundred cars or more led by snappy bands, with big names in state and community life of both states and all the entrants in the beauty contest out in front, will begin rolling through the streets from the intersection of Frederick and Good Hope streets at 2.

The parade will end at the Knights of Columbus Building for a program of speeches. The five-minute talks of a half-dozen spokesmen will begin at 3. Winners of the beauty contests will be announced then.

When the speeches end, all will go to the Missouri approach of the bridge to watch the cutting of a silken ribbon by little Miss Carolyn Penzel, daughter of Mr. and Mrs. George A. Penzel, 1844 Woodlawn street.

And all during the day thousands of people will be streaming to Guessing Contest Ballot boxes to cast their guesses on the number of vehicles which cross the bridge during the 12-hour period from 5:30 to 5:30. An all-expense paid trip to New York City for two will be awarded the winner, with a $500 bond for second place and lesser prizes for more than half a dozen runners-up.

Visiting dignitaries, the Beauty Queens and their Maids of Honor and people from all walks of life are to attend a dinner at Schneider's at 6:30.

For almost two fun-packed hours Saturday night, from 7 to 8:45, there will be square dancing and ballroom dancing on Main street in front of the Frisco station. Then will come the announcement of the winners of the Guessing Contest.

An hour-long spectacular fireworks display starting at 9 from a barge out in the Mississippi River at the foot of Independence street will end the day's festivities.

How to guess the number of cars which will cross over the river traffic bridge on Saturday?

That is hard to say, but the figures of normal crossings in May, for instance, might be of assistance. During the month there were 71,932 vehicles going over.

Cape Girardeau celebrated the freeing of the Mississippi River traffic bridge on June 30, 1957 with an estimated crowd of 20,000.

When the traffic bridge was acquired by the Cape Special Road District in 1946, Fred A. Groves was chairman of the district commission and other members were James C. Logan and the late A. Wayne Berry. Present members are Eddie Erlbacher, chairman; Lindsay W. Simmons and Walter H. Oberheide, members. Another who served on the commission in the interim was Irvin Richmond.

Members are appointed by the County Court upon recommendation of the City Council. Dennis M. Scivally, as chief engineer, and George Penzel, as engineer and bridge manager, have served since the district took over ownership of the bridge.