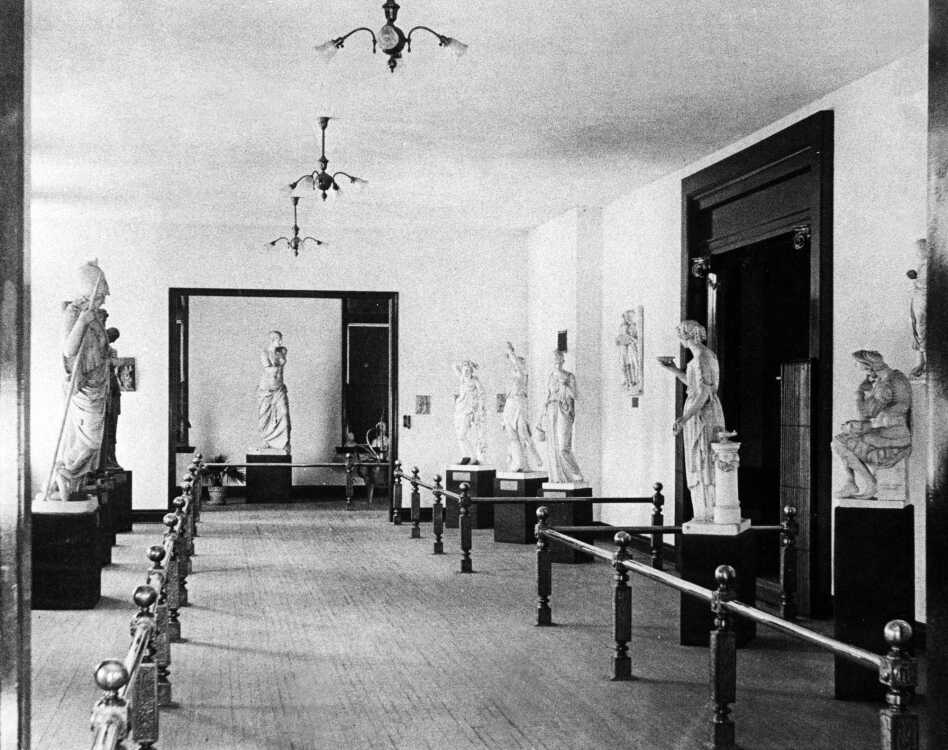 They were the works of artist August Gerber of Cologne, Germany, who won a gold medal for the collection at the 1904 World's Fair in St. Louis. The collection was installed by Gerber in Academic Hall in 1905.

The statues remained in Academic Hall until 1959. They were moved to locations around campus due to space requirements. The collection found a new home in 1976 at Memorial Hall in the University Museum. The collection was moved in 2007 to the Aleen Vogel Wehking Alumni Center.