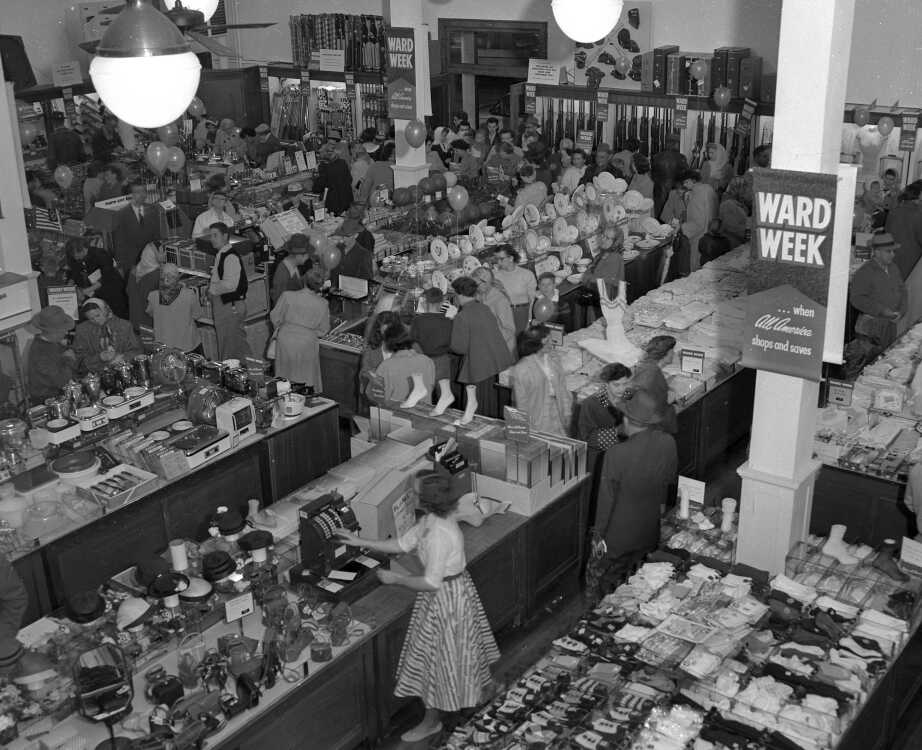 Montgomery Ward is busy with shoppers on Main Street in Cape Girardeau in this undated photo by G.D. Fronabarger.

Previous blog with history of the store: