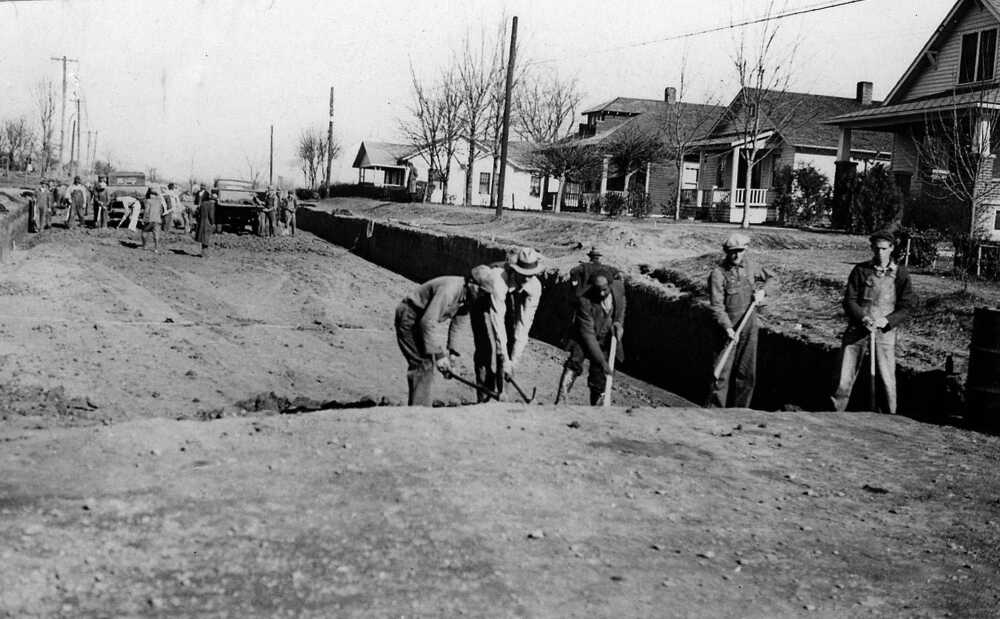 This is one of Frony's earliest photographs.

Workmen are shown here engaged in improving North Main street under a Works Progress Administration project. At the time this photograph was taken the men were working in a block in the Red Star suburb. (G.D. Fronabarger photo)

According to Wikipedia, the Works Progress Administration, renamed during 1939 as the Work Projects Administration, was the most ambitious New Deal agency, created by order of President Franklin Delano Roosevelt. It employed millions of unskilled workers to carry out public works projects.

The WPA was a national program that operated its own projects in cooperation with state and local governments, which provided 10 to 30 percent of the costs.

Full employment was not the WPA goal. It tried to provide one paid job for all families where the breadwinner suffered long-term unemployment.

Liquidated on June 30, 1943 as a result of low unemployment due to the economic boom of World War II, the WPA had provided millions of Americans with jobs for eight years.

Here is a previous blog about Fort D.

Here is a previous blog about the Arena Building under construction.

Here is a previous blog about Kent Library in the 1940s.