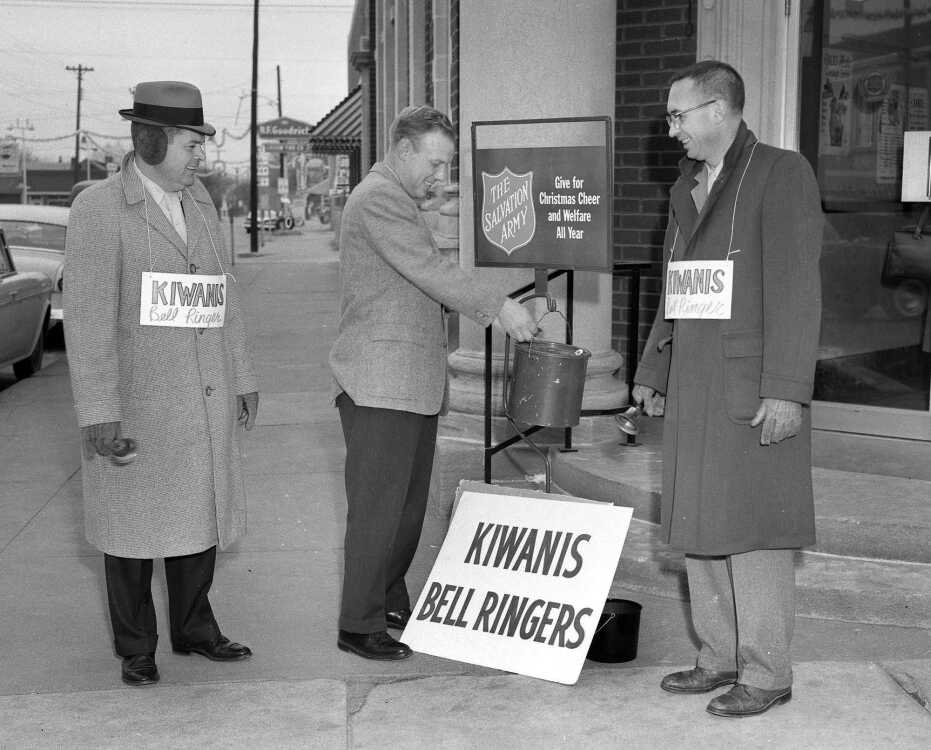 Kiwanis Club members spent Friday as bell ringers for the Salvation Army, and found the chore a pretty chilly one. Working in teams the Kiwanians were spotted at four stations in town where the Salvation Army's Christmas kettles are located. Funds derived go to provide a more cheerful holiday for those in need. At the left, Earl Kirchhoff and John Likens, at right, watch as Bill Popst, one of the hundreds of residents who contributed money, puts some change into the receptacle at the Farmers and Merchants Bank corner. (G.D. Fronabarger photo)

The Farmers and Merchants Bank corner was at Good Hope and Sprigg streets. The Salvation Army building is now located there.