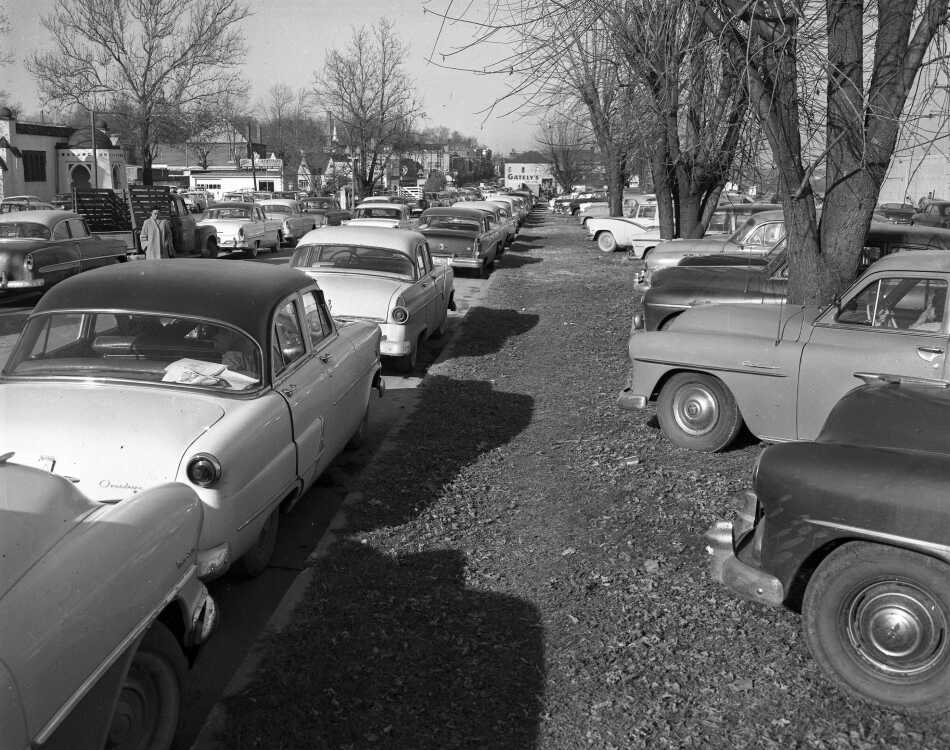 This photo by G.D. Fronabarger shows dense parking in the area of Murtaugh Park on South Main street in Cape Girardeau about 1957 or 1958. The scene illustrated the need for more downtown parking space. In the background is Gately's department store which opened at that location, 2-6 South Main, in September, 1957.

The City Council Monday learned from Commissioner Max G. Stovall that another area, between the Frisco depot and the new pumping station, has become available.

"I wouldn't advise moving the parkway, at least this Christmas," Mr. Stovall said.

He reported that L.G. Barcus & Sons Construction Co., contractors for levee work, had offered the city the crushed stone used in the space between the two buildings.

The company built a road through the area for its trucks, Mr. Stovall explained. He said that with only a day's work the lot, which is owned by the city, could be converted into excellent parking space.

Under the program, the Barcus firm would not have to see the stone moved, and the city could utilize it in place. Mr. Stovall said the location is adjacent to the present metered parking lot and would provide an equal amount of parking space.

Councilmen agreed to the program. The lot will be converted into free parking space, but will have to be adequately marked to assure orderly parking of automobiles. Mr. Stovall said a ditch will be dug between the east edge of the lot and the Frisco tracks.