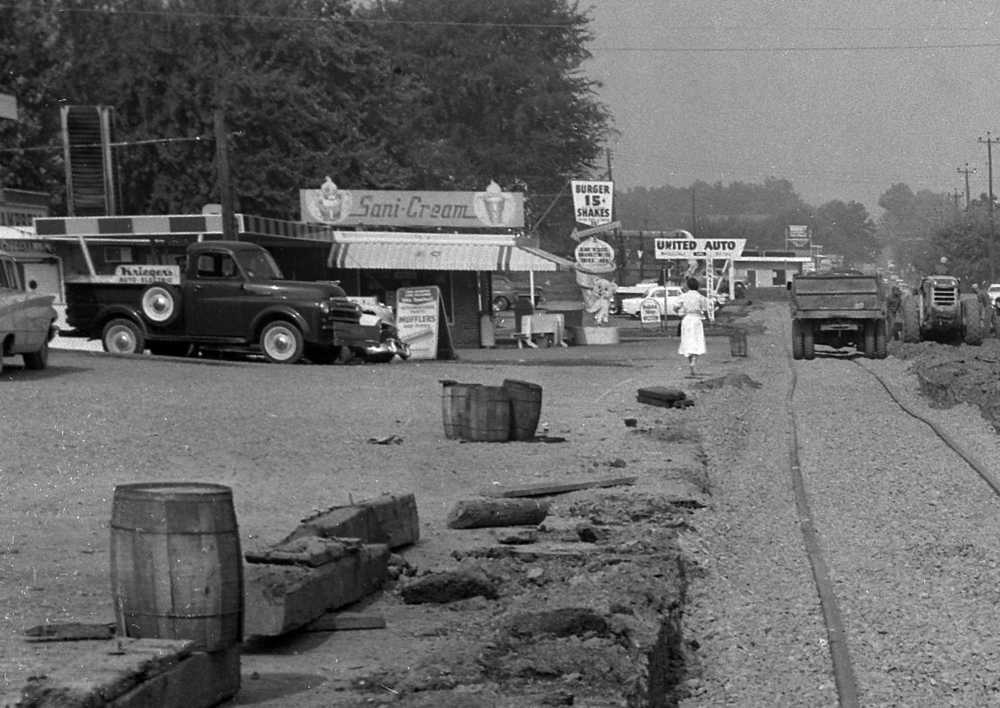 This is the only picture we could find of Sani-Cream that was taken by G.D. Fronabarger. At the time, Missouri Pacific was repairing the railroad track in front of the business.

The Aug. 1, 1963 edition of the Southeast Missourian reported the sagging track would be raised to the level of the street and that the wavy pavement between the tracks would be removed and replaced. The worst conditions existed from Pacific west to the point between Hanover and Henderson where the tracks left Independence.

Six loaves of bread and 14 packages of hotdog and hamburger buns were stolen from the Sani-Cream ice cream stand at 1015 Independence during Friday night, police said. The bread had been delivered to a rear door of the stand and left outside, the proprietor told officers.

J.D. Meehan, Jackson, reported theft of a 3-by-6 foot white wooden picnic table from outside his place of business, the Sani-Cream Co., 1015 Independence, Tuesday night or early Wednesday, approximate value $25.