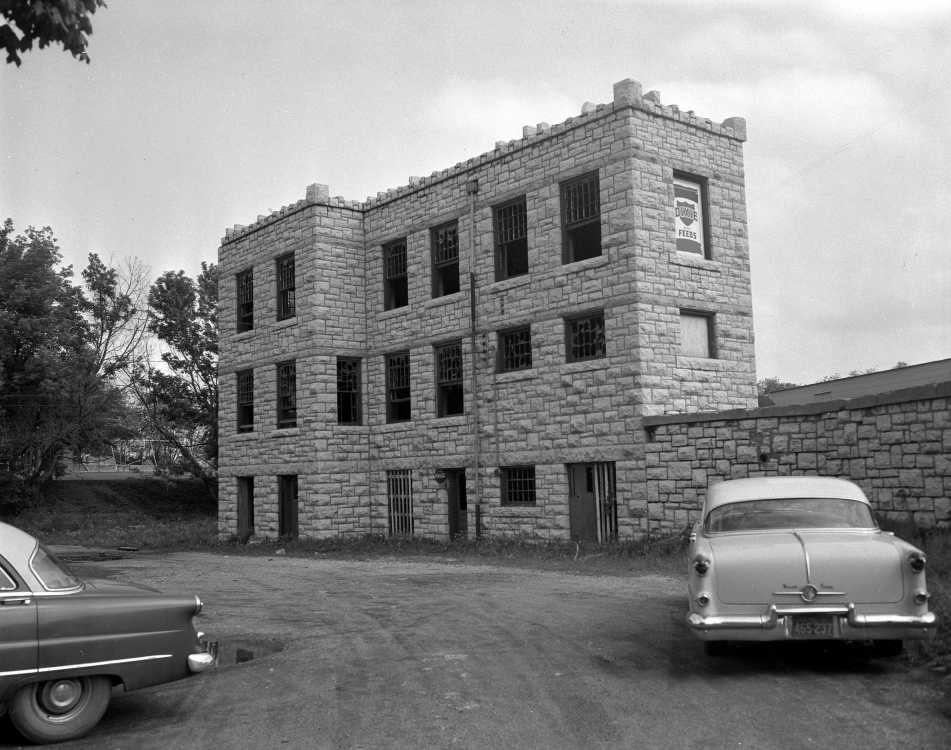 This picture of the old Cape Girardeau Northern depot building at Middle and Independence streets doesn't show in detail the dilapidated condition into which the once-fine building has fallen. Glass in the windows is broken; the doors to the basement have been boarded up and the interior is a general mess. In times of excessive rains, water floods the basement. Built nearly 60 years ago by the Houck interests when the Cape Girardeau Northern Railroad was put through, it is now the property of the Missouri Pacific Railroad. (G.D. Fronabarger photo)

Railroad entrepreneur Louis Houck completed basic lines of the Cape Girardeau Northern in 1905. They extended from the Thebes, Ill. bridge to Cape Girardeau and on to Jackson, to Perryville and to the Perryville junction on the Frisco road opposite Chester, Ill. In Cape Girardeau, underpasses had to be constructed at Good Hope and Morgan Oak streets. Later the Frisco Railroad purchased the Houck lines.

The Missouri Pacific Railroad purchased the old Cape Girardeau Northern Railroad in 1927. The railroad built a line covering 7.7 miles from Illmo to Cape Girardeau that went into service in 1928. The company also built a freight station on the southeast corner of Frederick and Independence.