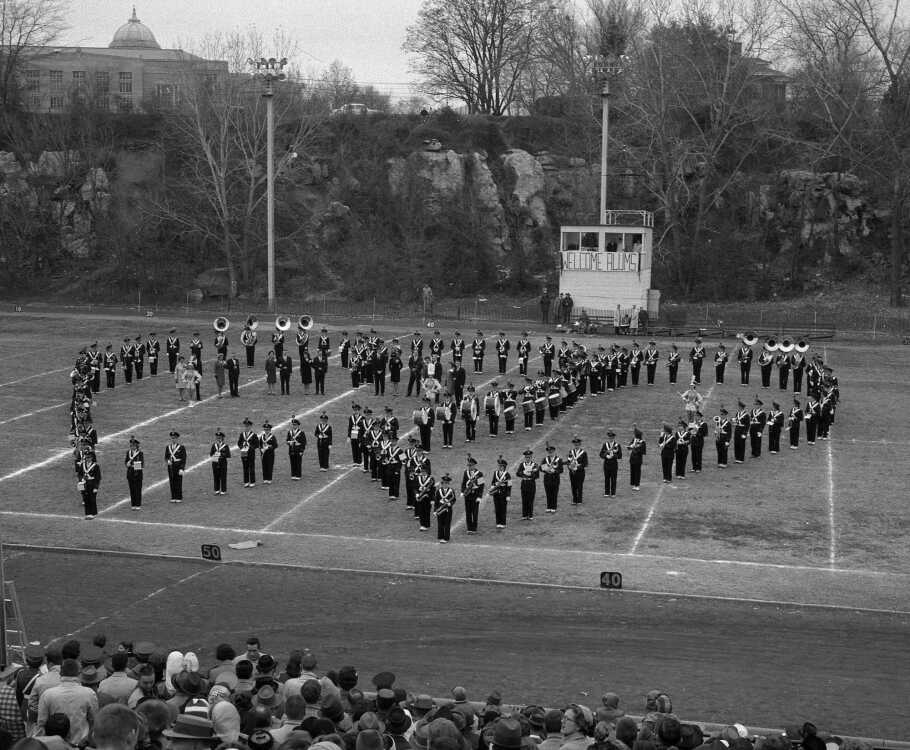 The Golden Eagles Marching Band of Southeast Missouri State College is on the field at Houck Stadium during half-time of a homecoming game in this picture by G.D. Fronabarger. The band surrounds the homecoming queen and her court. The date is unknown, but was probably in the late 1950s or early 1960s. In the 1950s the college played its homecoming games at night.

First appearance of the State College band as a marching unit--it played from its customary place in the stands at last week's game--will be made Saturday night between halves of the Indian-Western Kentucky football game.

Three home appearances of the marching band will each be marked by a different and elaborate half-time show, Director LeRoy F. Mason announced. He noted that the band this year will not be in uniform. Its increased size and a limited number of uniforms from last year will force it to march without the color which will come with new uniforms a year hence, Mr. Mason said.

The half-time show this week will be built around "Droodles," with a half-dozen formations taking position on the field so spectators may guess the characters these portray. The program will be narrated over the public address system.