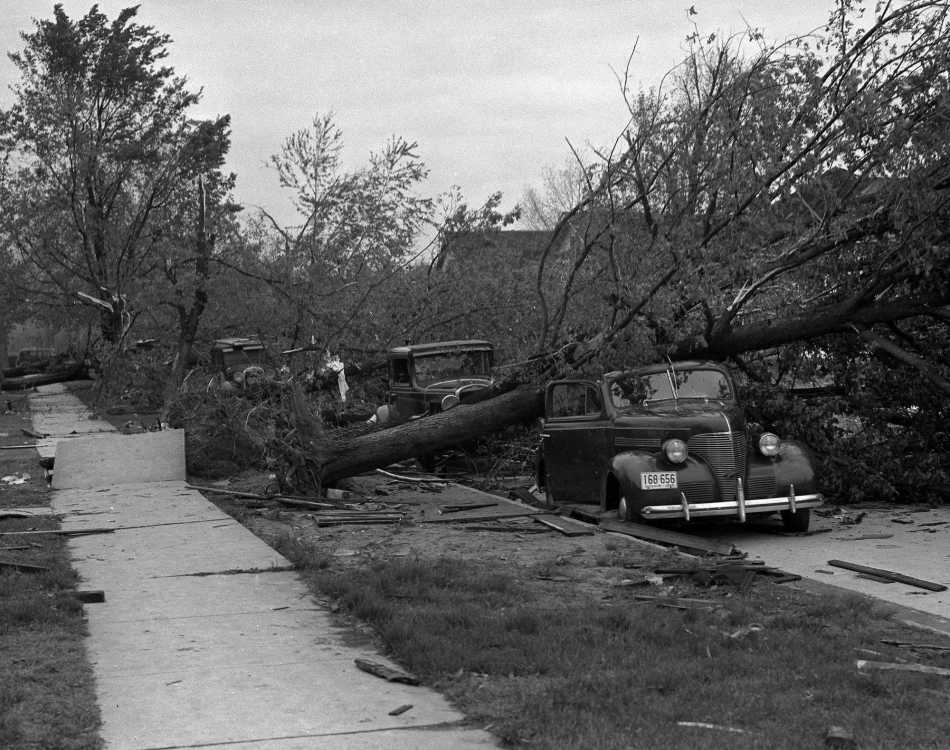 G.D. Fronabarger took this picture of high wind damage in the first block of Elliott Street in Chaffee, Mo., on the day after a tornado struck about 5:35 p.m. on April 30, 1940.

The May 1, 1940 edition of the Southeast Missourian published Frony's photos and stories of the disaster.

Had Ralph Roney and Marjorie Johnson parked their automobile on Elliott avenue in Chaffee just a fraction of a second quicker, or just about three feet back from where they did park it, they might not have been able to congratulate themselves on their escape.

A huge maple tree fell across and smashed the rear end of the car to the pavement. the couple was not hurt, except that Roney had just made the last payment on the vehicle, a Chevrolet coach.

Virtually every street in Chaffee was blocked, firemen estimating that from 300 to 400 trees were down.

May Day was a gloomy one in Chaffee as the community bravely started to work to restore order after a windstorm late Tuesday ripped through the town damaging nearly half the buildings in it.

The twin communities of Illmo and Fornfelt also had heavy damage from the tornado.