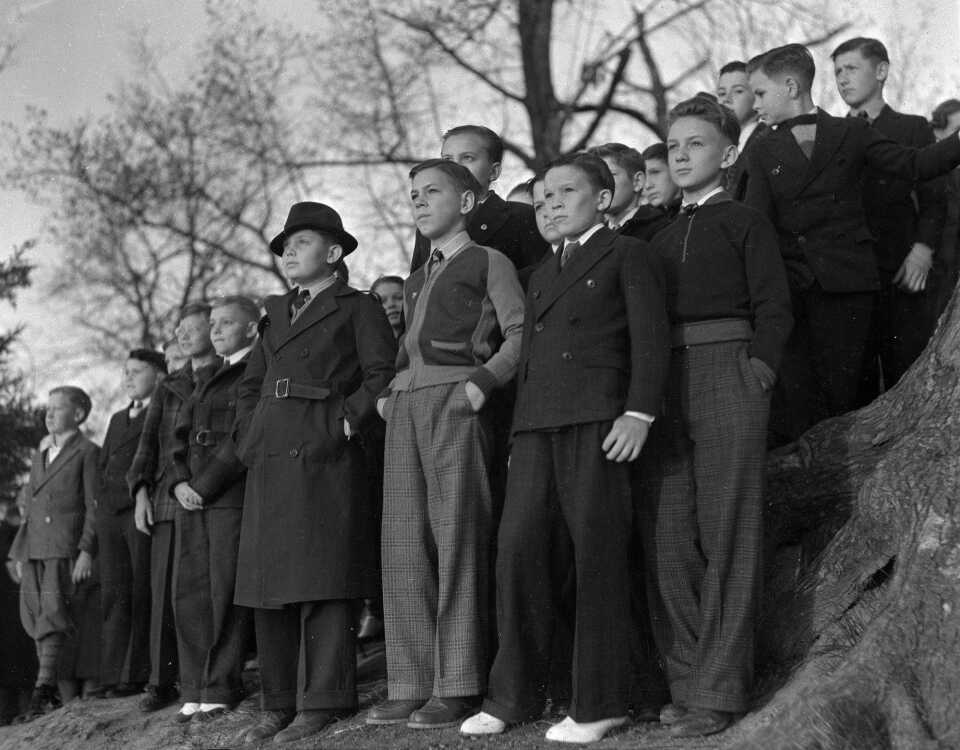 This mystery photo was published in the Southeast Missourian on April 10, 1939.

G.D. Fronabarger took the picture the day before on Easter Sunday at a sunrise service held at Cape Rock Park above the Mississippi River in Cape Girardeau.

The photo caption reads "a number of boys watching with awe the rising of the sun, which might indicate some of them at least were seeing something new."

We originally thought it was taken on the grounds of St. Vincent's Seminary.