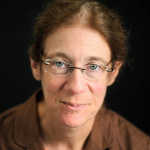 The Notebook
Ruth Campbell
Ruth Campbell began covering education and higher education for the Southeast Missourian in August. She grew up in New York City and has a literature degree from the State University of New York at Purchase. She got her first reporting job in Laredo, Texas, far too long ago and has been in journalism ever since.
Recent posts
Archives

Using the programs with 116 Jackson students in algebra A -- the first half of algebra I -- this year, Miller has found the number of children demonstrating an 80 percent or better level of mastery has "significantly increased" compared to last

year, as has student engagement.

Khan Academy is serving as a supplemental website where students can try their hand at higher math and improve their skills. It is a not-for-profit with a mission of providing "free world-class education for anyone, anywhere."

The approach also has freed her up from giving students as much extra help, allowing for deeper class discussions.

"At the junior high, we intervene when a student is missing assignments and/or not mastering objectives. We have established a culture with a goal of every student completing every assignment. With the use of technology

this year, my students have had more resources and quicker feedback, which has made fewer of those interventions necessary," said Miller, who also teaches geometry.

The math department also uses "delayed tests" as an intervention.

that they would most likely fail, we provide extra practice and extra help.

Then, we have them test at a later date that is more suited to their learning time frame. This year, more students have been able to stay on pace, making the number of those interventions drop significantly," Miller said.

Along with increased mastery, Miller said that with My Big Campus, her students have access to her lessons 24 hours a day, seven days a week, anywhere they can find Internet access.

"So, students can replay a lesson as many times as they need. Parents have been able to watch the lessons with their students and help at home. With the practice quizzes, students also get instant feedback about their mastery," Miller said.